Just a note to say that the blog is still alive! New baby in the house has meant little free time for anything cab related however big plans are afoot for the summer. Major refurb to include respray, new artwork, new parts etc. Should look factory fresh when all is said and done. Check back!
Posted by TechnoFreek at 08:53 No comments:

Very little to report on over the summer months.


I did however finally get around to picking up some parts to build a mame PC. Working on this as we speak geting WIndows and Hyperspin installed. WIll post more info and pics once all is in place.


I had a few false starts with faulty hard drives and other annoyances but getting there!
Posted by TechnoFreek at 01:11 2 comments:

Player One Power Up

The stock one player panel that came with the cab was well used, grubby and rusted underneath. Not pretty at all basically.
I managed to pick up a replacement in very good condition which I've kitted out will all new Sanwa parts as well. 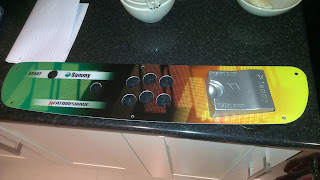 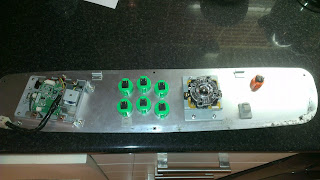 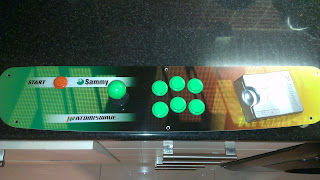 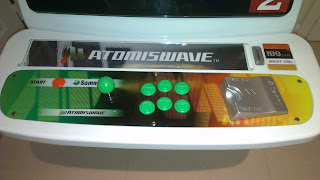 Posted by TechnoFreek at 02:02 No comments:

Picked up ten (yes ten!) repro marquees from the very talented Spectre on AO. Not much to say so I'll let the pictures do the talking! 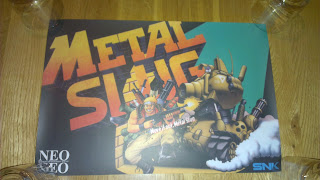 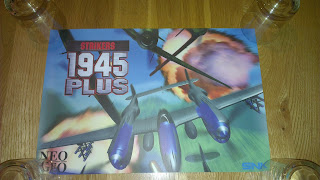 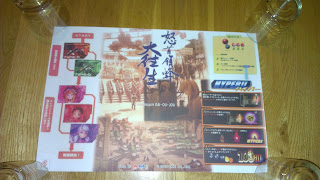 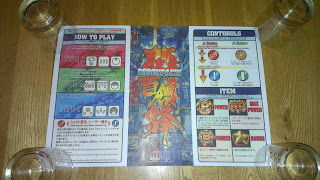 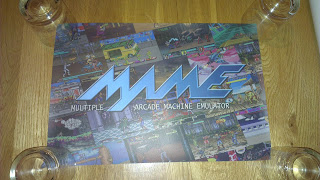 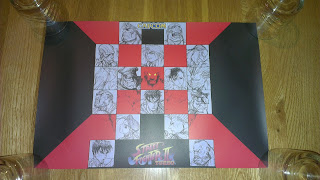 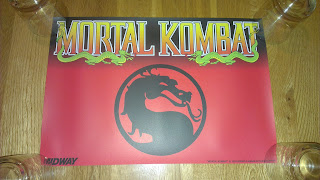 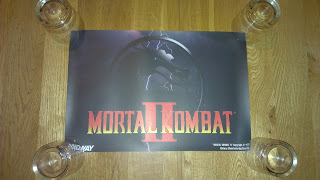 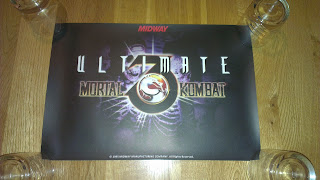 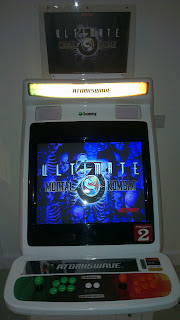 Posted by TechnoFreek at 01:57 No comments:

Email ThisBlogThis!Share to TwitterShare to FacebookShare to Pinterest
Labels: Marquee

Being a Japanese machine, the Atomiswave SD, like most candy cabs operates on 100/110 Volts. In Ireland 240V is the norm so a step down transformer is required to run the cab. When I bought the cab it came with a transformer already installed and operational. My particular transformer is a big industrial type block. Looks aside, it did the job. Cab powers on. Nothing blows. Simple.

For reference, the picture below shows the 240V supply (black cable) and the stepped down 110v (grey cable).

All was not well though. After some attentive gameplay I noticed that the bottom third of the monitor game image was quivering from side to side. Not hugely, but a little distracting all the same. A simple bit of troubleshooting and I found that by positioning the transformer outside of the cab the problem went away. Moving it back inside the cab and the problem returned. Moving it closer to the monitor again exaggerated the issue. Obviously the transformer was causing some interference with the monitor. I'm not techincal enough to explain why but the fact that the transformer wasn't fully shielded can't have helped the matter.

My solution to fix the problem was to buy an external type transformer. These are commonplace in the candy cab community and can be easily picked up from the likes of Maplin. The one I got it is rated at 300W. Perfect for my cab which is rated at 140W although you probably wouldn't be connecting two cabs to the one transformer for prolonged simultaneous use.

I didn't have a US/Jap 3 pin plug so hit eBay for one. Rather surprisingly rewireable US/Jap 3 pin plugs are tough to source and not cheap. Instead a opted for a US laptop power supply cable. This has a US 3 pin plug on one end and a standard female "kettle lead" style socket on the other end. I also purchased a rather fiddly male "kettle" plug to complete the loop. The correct name for such kettle plugs and sockets is IEC C14.


P.S. I know it's convoluted. But it works!
Posted by TechnoFreek at 03:20 No comments:

My final (for now) Mortal Kombat pcb purchase is that of Ultimate Mortal Kombat 3. I never played much of this in the arcade, mostly the SNES, so I was never as into it as MK1 and 2.

The home versions of the game really don't do it justice. UMK3 is big, colourful and loud. Everything you could want in a MK game! The fatalities are for the most part rubbish and the computer AI is spammy as always but it has the most depth of any of the series up to that point. It's also great in two player which is the most imprtant thing.


Only one thing that I don't like about UMK3 is that there are no end sequences for the characters upon completion of one player - these are present in MK3. Is it enough to make me buy an MK3 board? Probably not but if the price was right.....


The pcb I got is a very clean, genuine UMK3 board with the final 1.2 rom revisions. The roms are not genuine, the seller kindly burned them for me.

Anyway, on with the pics!

Posted by TechnoFreek at 01:49 No comments:

The Mortal Kombat saga has been re-animated and like any good zombie it's refusing to die.
After extensive playing I notice that some of the sound effects are misplaced, looping and out of sync.
Now that could indicate an issue with my newly received sound board however it was sold as testing and working and the fault could quite likely lie with cab voltages and other less sinister things.
There are a number of simple things to check here which will hopefully solve the problem with any real effort. Plus I have a spare faulty board for parts if needs be.

UPDATE:
All is right in the world. Mortal Kombat 1 now working as it should. For reference here are things I tried with the last fixing the issue. 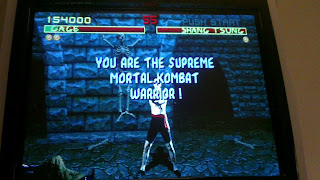 Posted by TechnoFreek at 03:57 No comments: